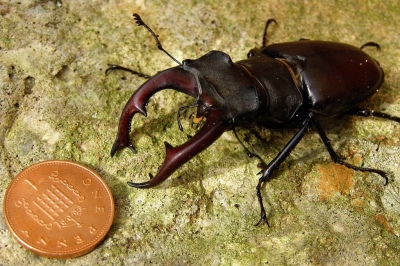 It's a balance between your budget and your ethics, your principles and your protests.

One of the biggest issues that travellers face is cost. Unless you're a true flashpacker, bouncing around the world with daddy's plastic in your back pocket, it's probably going to be the first question on your mind every time, 'How much is this going to cost me?'

And I'm not saying that is a bad thing, not at all. I budgeted hard before my trip, knowing that if the money ran out I'd be on the next plane home. I often think of it like this: as a traveller you're either there for a good time or a long time.

The good time travellers are there for anything between two weeks and two months. They've probably got a couple of pricey tours booked, because they can't risk the time to try and do everything themselves. Little things like airport transfers, prebooked hotels and tours all tend to add up but at the end of the day, people who want to see a lot of stuff in a little bit of time lean towards this option.

The long time travellers are there for the long haul. Travelling is their routine these days and they probably want to keep it that way for as long as possible. Their bank accounts will dwindle and dwindle until there's barely enough left for a one-way flight home, probably via Africa, Dubai and Moscow. For them, pre-arranged shuttle buses are sacrilege and they wouldn't be seen dead with a bunch of lanyard-wearing, camera-wielding tour hoppers. Every penny counts.

But regardless of differences in prearranged costs, all travellers share the same basic day to day expenses: a bottle of water on a street corner, a menu lunch in a cafe strewn with tacky plastic tables, a crappy souvenir keyring for Auntie Beryl, even that taxi from A to B that couldn't be done without. This is where we all fall into the same category and those things I mentioned in the first line are tested.

Paranoia rages about the gringo tax, a mystery tax enforced by the person who is serving you, upon seeing your sickly pale skin and hearing your barking attempts at Spanish. 'Three Bolivianos!', the offended gringo will cry, 'but that bottle of water cost me Two Bolivianos and fifty centavos just yesterday on the other side of town!'. I wonder to myself, have they lost sight of the fact that 50 centavos, while a little extra for a Bolivian person, is just 8 cents to us?

Buying bigger items is of course a different matter and haggling is perfectly acceptable. The Peruvians, for example, are famous for doubling their prices at the markets built specially for tourists, but there are some very important words in that sentence: built specially for tourists. Have you ever bought a beer at Tullamarine Airport in Melbourne?

So, the question remains, when is it too much and when is it not enough? Tourists have a responsibility, especially in third-world countries like Bolivia, to give something back to the communities being invaded by tourism. Nobody likes being ripped off, but it's worth thinking about what you're actually arguing over.

What are your experiences with the 'gringo tax'? Have you ever felt ripped off while travelling?

Is being overcharged the best way to give a little bit back? What do you think?