Yesterday I took a 15km walk through Santiago, stopping by some incredible architecture and street art, and then made my way to the north-west of the city centre to the famous Cerro San Cristobal. There has been a water shortage in Santiago until today due to a landslide nearby. I couldn't decipher much from the local news (my Spanish is still quite sketchy) but the main water source for the city has become overfilled, and this has caused issues with the water treatment. As it was also a Sunday, a large number of shops and businesses were closed yesterday.

The 10 minute walk from my hostel, La Casa Roja, took me straight past the Palacio de La Moneda. This imposing building has been the seat of the Chilean president since 1845. The building was bombed in 1973 during the military coup d'état that took place when then president Salvador Allende refused to resign from his role. Some bullet marks are still visible on the outside of the building today – but I couldn't find any. 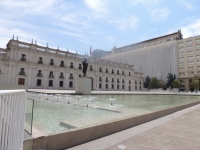 From there, I walked west through the city to the famous Plaza De Armas. This huge central square is a hub of activity, packed with locals selling their wares, enjoying live entertainment and children playing in the large fountains. It is bordered by the magnificent Catedral de Santiago, of which I hope to share some photos in a future post. 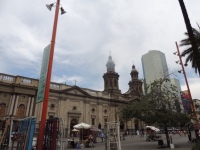 From the plaza it was another 20 minute walk to the foot of the Cerro San Cristobal and the Bellavista district, which is the home of some incredible street art and a hub for nightlife in this old part of the city. 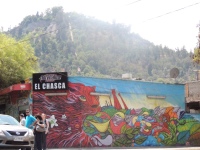 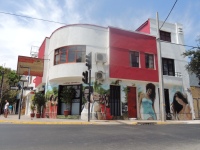 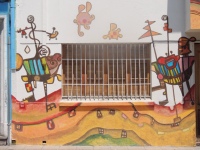 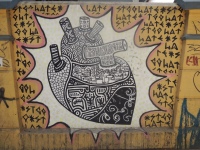 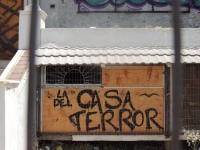 After walking through Bellavista, I stopped at the bottom of Cerro San Cristobal to get an empenada from a food stand. The street food here is amazing and so cheap! Empanadas are common throughout Chile, particularly in Santiago, and are pastry pockets usually filled with meat, cheese, and one olive.

The hike to the top of Cerro San Cristobal was harder work than I first anticipated, but worth it for the unbeatable views of Santiago. Some Chilean friends explained to me that if it rains, the smog clears and this allows for even more picturesque views of the Andean ranges bordering the city. Look out for the clever couple selling ice cold water near the top of the climb! 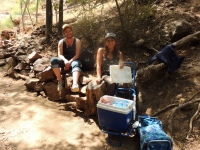 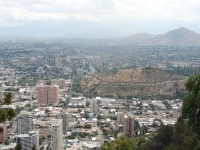