Punta Arenas was my second-last stop in the deep south of Patagonia. Located in Chile, 3440km south of the capital Santiago, Punta Arenas originally began as a prison colony, before former prisoners became settlers. The city is located on the shore of the Magellan Strait, through which Charles Darwin sailed and documented his research. It also acts as the gateway to the southernmost tip of the Americas: the Tierra del Fuego, home to Antarctic wildlife and shared with Argentina.

I was very lucky to meet Alisa at my hostal, a super friendly Israeli-American who kept me entertained during our day trip to ogle the King Penguins at Parque Pingüino Rey. We also saw Guanacos and Flamingos from our minibus, and watched Dolphins chase alongside the ferry across to the Tierra Del Fuego. In the earlier months of the year, several other companies run tours to see different varieties of Penguins before they emigrate north. You can read about my friends’ visit to Magdalena Island and see their awesome photos here.

Enjoy checking out the photos of these funny guys, who kept us entertained with their antics for well over an hour! Don’t forget to follow the Facebook page to receive regular updates and photos from the road. 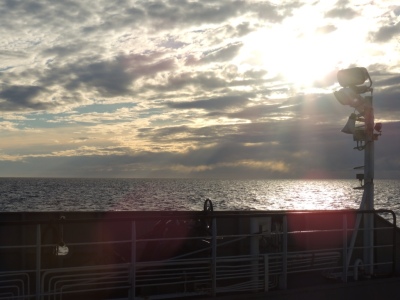 The morning sun over the Magellan Strait on our crossing to the Tierra Del Fuego.

Dolphins chase the ferry across the strait: 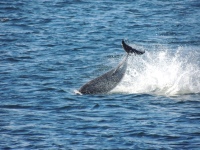 Flamingos on the park border: 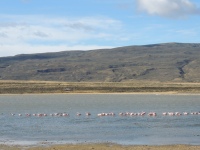 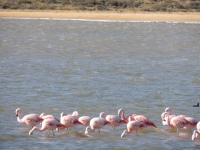 Guanacos on the hill side: 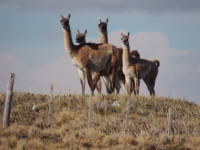 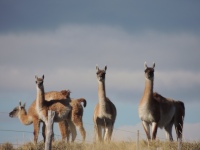 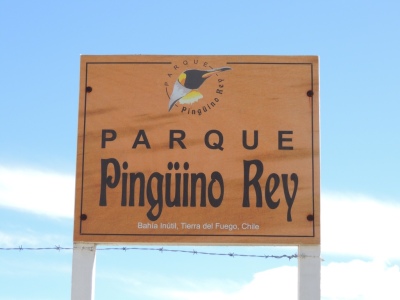 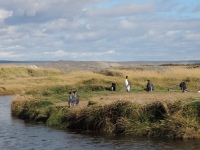 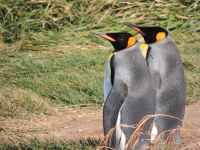 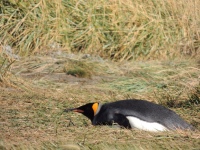 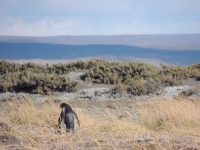 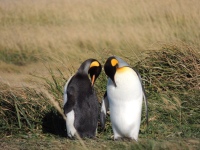 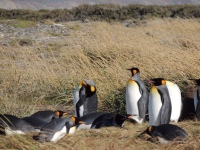 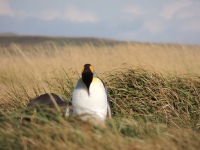 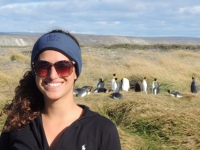 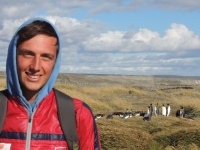 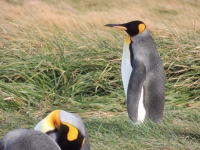 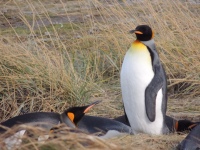 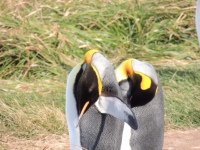 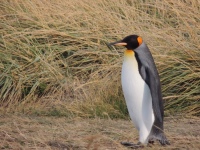 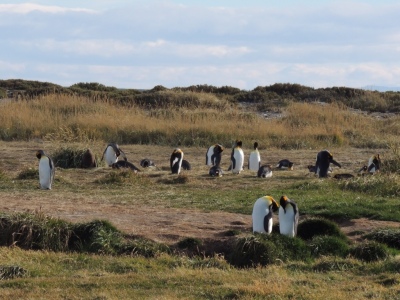